Disclaimer: We do this in English today for "internationality", but if that is seriously inconvenient, let me know in the comments, then I'll do a German version!:-)

To put this story into perspective, let me fist say that it took me a really long time to overcome my doubts about social media and Twitter in particular. Sure, I have a Facebook account, but believe it or not, I'm only connected there with people I have actually met...
Of course, some of my friends always told me that it is a useful platform to engage with creative people around the globe, share stories and interests and generally interact in a way that was not possible in the far-off-time when I was a teenager & we surfed with 56k modems, AOL & ICQ accounts and marvelled at the possibility to talk to someone in Brasil, or Israel, or Korea about the weather, because it was both exhilarating and utterly unreal.

But what, my suspicious brain insisted, about all the instances of mobbing, abuse, people leaving Fabebook or Twitter behind because of the constant stream of hate spewed at them for the dumbest reasons - or in some cases simply because they had the audacity to exist and be visible online?
What about all the petty negativity the internet contains even on a good day? Do you really want to subject yourself to that on a daily basis?

That was in November last year and I had the incredible good fortune to almost immedately stumble into an exchange that not only restored my faith in the potential-for-good of Social Media in general, but also brought this lovely piece of art to my living-room: 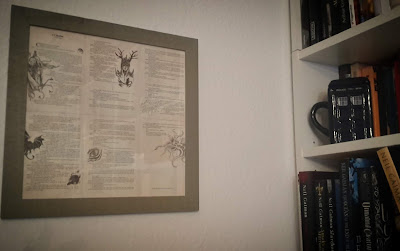 (Yes, I rearranged the bookshelf, so it could be next to our porcelain Tardis and Neil Gaiman collection - it seemed appropriate;-)

Through the magic of Re-Tweeting I discovered this wonderful unauthorized illustration of 'I, Chtulhu' by @DreamnStargaze, because obviously @neilhimself liked it too :-) - and I in turn Re-Tweeted it with the #want.
Reminder: That was during my first days on Twitter, so I had really no idea whatsoever how all of this worked, who would get notifications for what and certainly did not expect any reactions, appart from maybe a like or two from people, who also share my overlapping interests in beautiful stories and tentacled monsters...

What I got instead was a message from the artist with the offer to send me the PDF so I could recreate it for myself. Which was so yaw-droppingly nice, I acutally debated with myself if it would be ok to say 'YES THANK YOU!!!' & taking advantage of someone elses work for nothing...
But - #fulldisclosure #Iamaterribleperson - I desperately needed a christmas present for the husband and so I answered anyway & received my own version of 'I Chtulhu' with instructions how to coffee-age the printing paper.
So I felt even more like a terrible person and even more incredably thankful, because in a rare case of Twitter-Christmas-Miracles, I was not only able to re-create this little piece of Fan-Art for our appartment, but also incidentally won some serious "wife-of-the-year" bonus points.;-)

But this is NOT a story about how I had a good idea for a Christmas present!!
This is a story about how kind, talented, inspiring and funny people exist everywhere in the world and the internet makes it possible to see them and talk to them, no matter where they are, because with a tweet you can build bridges across continents.
It is a story about how sometimes - just sometimes! - Social Media works exactly like it was supposed to work: Bringing people together by the things that they love, through the passions they share and the enthusiasm of being a fan of something.

So yes, sometimes the internet just enables nasty people to puke their garbage onto your digital front porch and yes, this was definitely not a thing in the bygone days of long ago, when only your neighbours were near enough to yell at you. But it also allows the picture of a little Chtulhu to travel the world and make more people happy than would ever have been possible back then.

To often all this does not work and fandom ist just another word for gate-keeping, nuances get lost in black-and-white, us vs them debates, Twitter is only used to declare who is wrong on the internet this time and to share everything we hate - but the magic of the internet also allows us to find "our people", because in a very real way we live in this global village now.

I don't usually do "New Year Wishes" and Neil Gaiman does them far better than I ever could, but if the story of  How we got a Chtulhu for Christmas has a moral, it is this:
Try to use Social Media as a force for good! Lift people up insteadt of talking down, share your love for things instead of gate-keeping and take the time to thank the creators of things that made you happy! And I hope you find your people, wherever they might be.
Eingestellt von Manuela Sonntag um 07 Januar 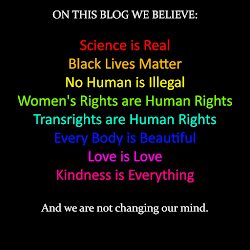 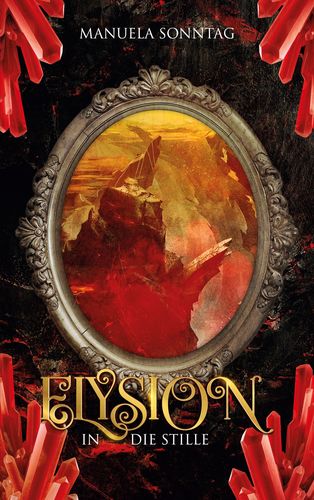 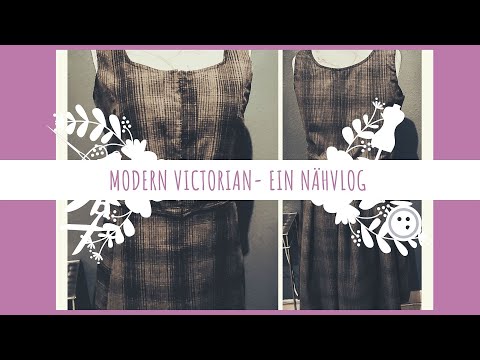